When I was younger, and starting to dabble in photography, a mentor told me that every photo should tell a story. I have always remembered that advice and I have tried to compose all my work with that in mind. At a recent picnic, I found myself shooting a “cornhole” tournament. 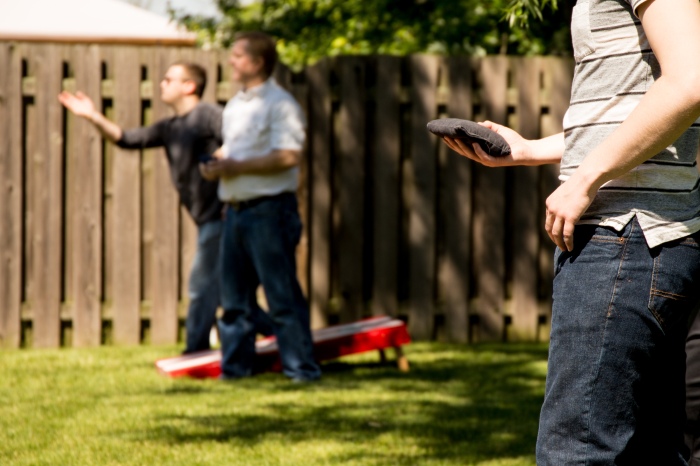 I decided that I could tell a story by leaving scene to the imagination. In that way, I give the viewer a starting point, and let them create their own story.  In the above photo, the players were lined

up next to each other allowing me to show all of the background players and part of the foreground player. There is nothing that is obvious in this scene. The background would be obvious, if it were in focus. The foreground would be obvious, if it were complete. By combining the partial subject with the out of focus subject, the viewer is drawn to the photo, craving more information. 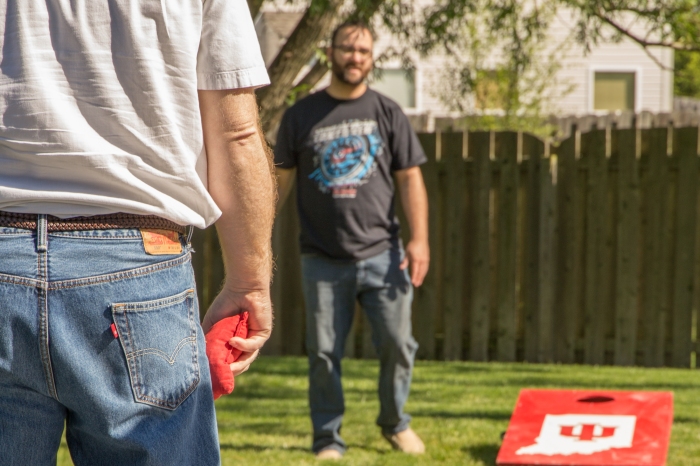 Here is another photo using the same technique. Initially, the viewers eye is drawn to the red cornhole board, but it isn’t in focus. As the viewer’s eye searches to know more of the story, they will notice the hand holding the beanbag and a story starts to develop. 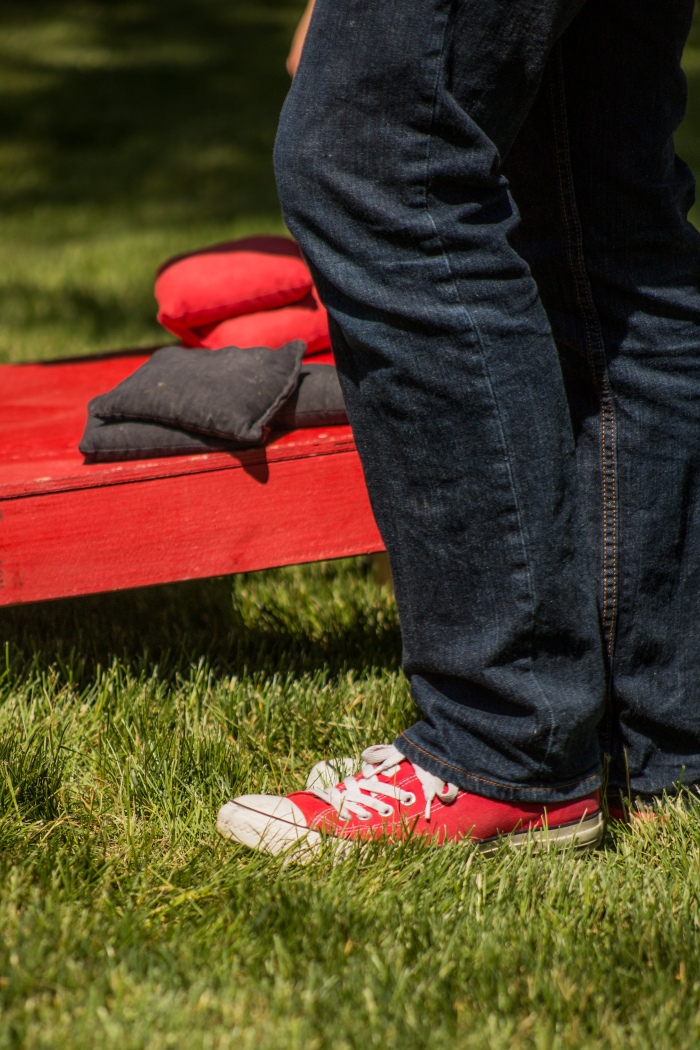 Interestingly, that same mentor told me that a photo with red in it would really catch some attention. After putting this post together, I noticed that all of these compositions feature a strong presence of red. I guess my mentor knew what he was talking about!

How about you? How do you tell a story with your photos?